The Joys of Prepubescence 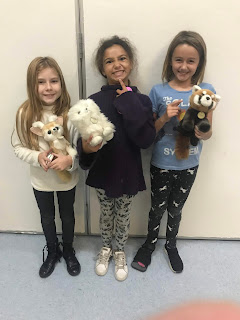 I remember fourth grade.  It is in the running for the best year of my life. There were so many younger kids where I had once been; I was now senior.  The older kids didn't seem to matter; they were in another world, somehow.  Fourth grade, 9 years old, king of the world!  Still no responsibilities except school, didn't have to take care of anyone else, healthy without effort, fed and housed by people who loved me, friends without reservation, almost no self-consciousness.

And, no thoughts of girls.  The hypothalamus was still quiet, the pituitary receiving no signals, just the usual background level of testosterone.  I had a "girl friend," Connie, who clearly admired me and vice-versa - she even gave me her Dixie cup ice cream when she didn't want it and everyone had their hands up vying for the gift.  But what was that, really, but a beacon for the future?  Fourth grade!

The girls must have been the same.  I see it in my granddaughter Lola's class, girls in groups, animated talk, musical theater class, play dates, videos, and still stuffed animals!  There is a little bit of recognition of boys - "I like him but I don't LIKE him..." is about as far as it gets.

It will change in the next couple of years, to the confusion of everyone.  Junior high is the toughest, they say.  The whole rest of your life is the hardest part, I'd say.

Fourth grade!  Savor it, girls, savor it.  Fourth grade is top of the world!